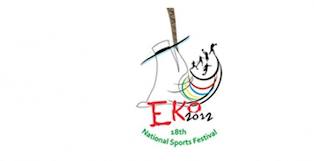 Officials at the ongoing 18th National Sports Festival in Lagos have complained about their inability to get their share of the condoms distributed during the event.

Reacting to a story on the back page of Nigerian Tribune edition of Friday, December 7, 2012 where it was reported that over 178, 000 condoms were actually distributed at the ongoing National Sports Festival, Eko 2012, they explained that, the fact that not a single one got to them called for protest.
“We are yet to benefit from the package, we are talking so that people will know those hoarding the condoms. Thanks to Tribune, we wouldn’t have known.
There must be accountability,’’ said a boxing official.
A  hockey referee recalled that at the 1995 All-Africa Games in Harare, Zimbabwe, condoms were packaged for all participants.
“The condoms were in the kits provided for us, whether you needed them or not, they were all yours,” he stressed.
Please Give them Condoms ohhhhh hehehe**** you can never tell how handy it can come....
Posted by Unknown at 1:41:00 am