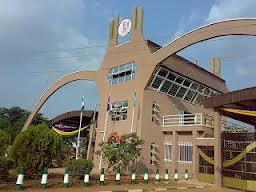 From: The Guardian
CITING hastiness, the University of Benin (UNIBEN) on Wednesday faulted claims by one of its lecturers, Prof. Isaiah Ibeh, that he had developed a new drug that could cure HIV and AIDS.
Ibeh, the institution’s Dean of School of Basic Medical Sciences, was reported on Tuesday to have claimed developing a new drug that could cure the dreaded illness. But the UNIBEN Provost, College of Medical Sciences, Prof. Vincent Iyawe, yesterday said the school was not aware of the breakthrough and would, therefore, not substantiate it until procedures for verifying such were concluded.
According to him, there are procedures to be observed in such a situation before the school would allow public pronouncement on it.
He said: “The school will like to take credit for a breakthrough, but the school cannot align with the breakthrough because the university college was not consulted.
“The university was not consulted. He didn’t carry anybody along, so this is the issue. There are protocols and procedures, stage by stage procedures.”
What do you think about this new claim of the Cure of HIV and AIDS guys?
Posted by Unknown at 9:54:00 pm