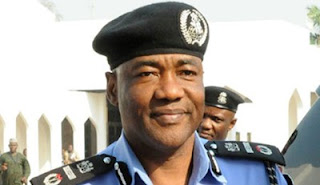 Sports is really necessary for the Nigerian Police and i strongly support the Police games, at least it will keep 5000 police men and women from many formations nationwide, who will participate in the second editions of the Nigerian Police games billed for Port Harcourt fit.
The games which hold at the Liberation Stadium will begin on February 24.

The last edition, held three years ago, was staged at the Teslim Balogun Stadium, Lagos.
The Secretary Technical and Chairman Police Taekwondo Association, ACP Gideon Akinsola, disclosed that that organising  committee has earmarked 28 games, including three non scoring sports, as the number of events that will be competed for.
The Police Games Commission is headed by Commissioner of Police Abimbola Macauley.
Akinsola said that the games were designed to identify talented sportsmen in the police force, promote esprit de corps as well as encourage members of the force to keep fit at all the times.
The Inspector General of Police, Mohammed Dikko Abubakar, is expected to grace the Occasion, i will participates..
I will bring all the details when the Games Starts.***hehehe
Posted by Unknown at 11:11:00 am