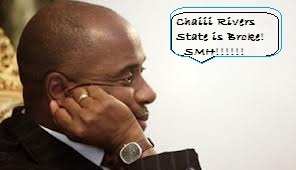 ‘’ And, I think, I owe the state a responsibility that within the period that I am Governor, whether they will blackmail me that I am God or not, whether they will blackmail me that I am Idi Amin or not, I will continue to protect the meager resources of this state.
‘’ You people assume that we have resources, we do not have. I have sat down with you people before to say that we do not have money. If we had money, we would have turned this state into a mini London.’’
Amaechi also announced that the state government,in partnership with a German construction firm, LST, Consortium, to construct 1000 low cost housing units for its citizens.
The housing units which will be two bedroom bungalows would be completed in six months time will provide accommodation for low income earners in the state.
The Governor said the housing unit which will be located in the new Greater Port Harcourt City will have facilities such as solar power, sewage, and multi-purpose hall and health centers.
He said the houses will house solar panel, so that the occupants of the house will not have power problem as it will have sewage facilities and water and we are doing everything possible to ensure that each unit of the house does not cost more than N3m each.

What are your views on this .... Kindly Drop your Comments.